Our children always amaze us with the number of activities that they take part in, at school but also outside of school as well. This page is to celebrate their achievements, whether in clubs, sports or the community.

Please email office@harriers-aspirations.org, with a short description and photo, if you would like to share your child/ren’s successes with us.

What a fabulous Brownie blanket Isobel has made – it looks so smart!

Congratulations to David on achieving his 50 metres swimming certificate and badge.

Melissa won The Entertainer’s 40th birthday competition to design a birthday card and the first prize of a £40 voucher.  That’s absolutely brilliant, Melissa, we are so proud of you! 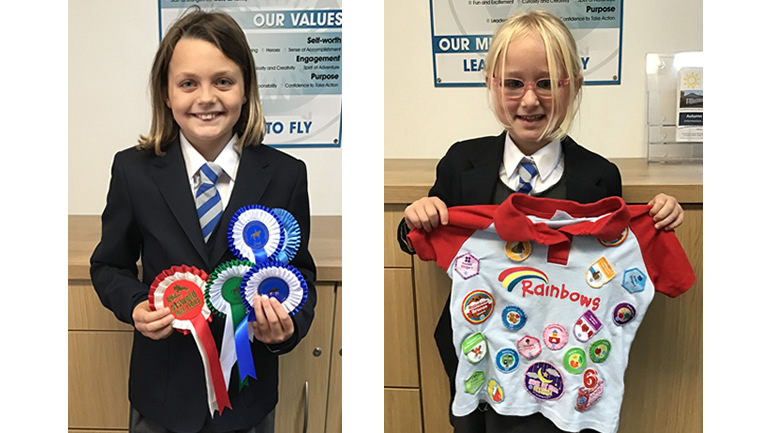 Georgia (left) has won so many rosettes for her horse riding and Anna (right) proudly shows her Rainbows’ shirt with all the badges she has achieved. What great commitment to their out of school activities! 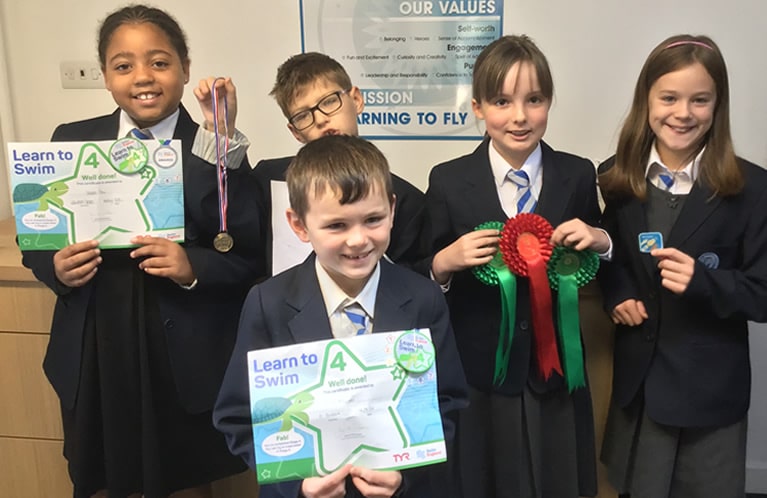 Photo from left: Alan and Zaria with their swimming certificates, Rio with his Reading Challenge certificate, Holly with her horse riding rosettes and Megan with her Brownie badge.  Very well done to all of you. 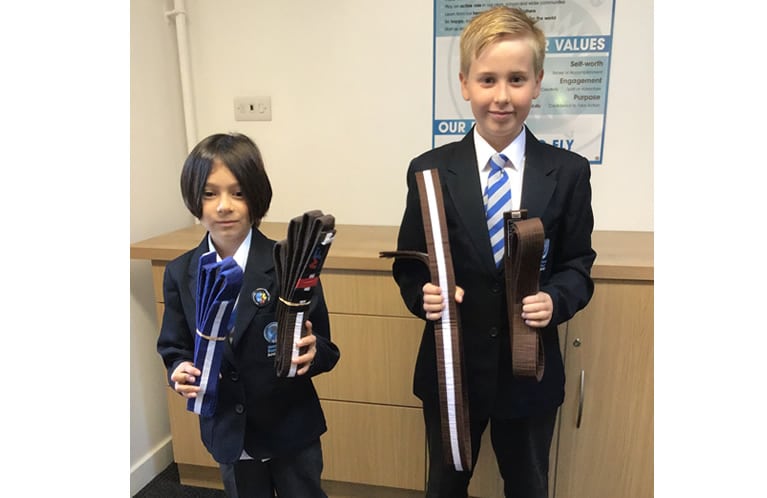 Jesse and Simas with their martial arts belts.  What great progress in their sport!

Simas goes to karate. In July 2021 he had his exam (grading) and was awarded with a brown and white belt (one more belt to go before black belts). An amazing achievement! 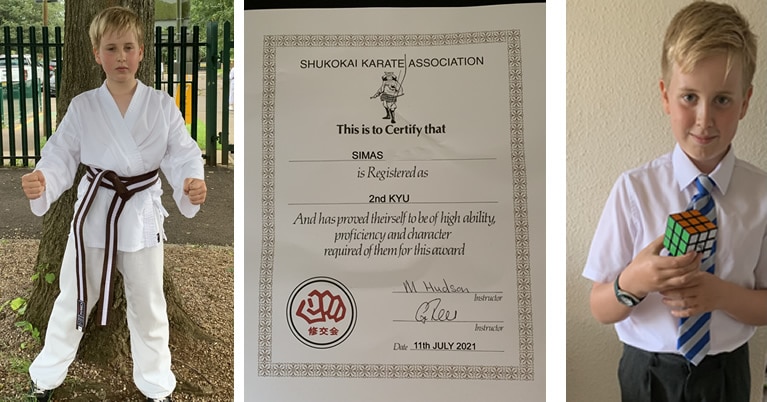 Simas has been inspired by Mr Bee (Year 6 teacher) after watching him do a Rubik’s Cube so quickly. Simas was determined to learn how to do the Rubik’s Cube and managed to learn it in a weekend! He takes from 5 to 7 minutes to solve the puzzle at the moment, but with more practice Simas might get to Mr Bee’s speed.

It is fantastic that Mr Bee has inspired him on the Rubik’s Cube, and really impressive that he has improved so quickly!

Well done to Temitope and Sophia (below) for successfully taking part in the Summer Reading Challenge – you are Wild World Heroes! 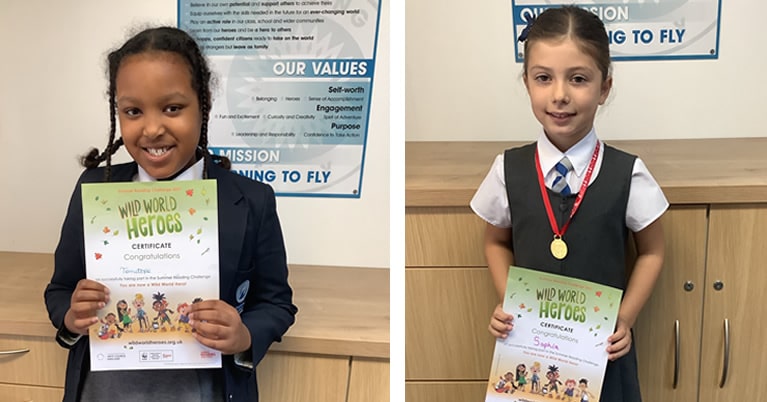 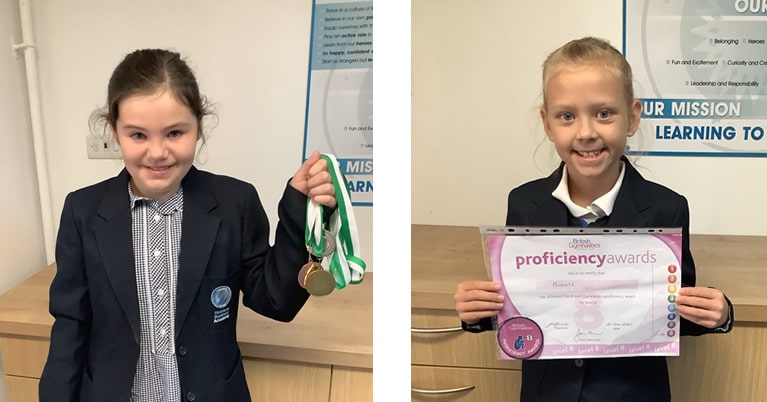 Congratulations to Ella (above left) for her medals for activities completed at a summer camp. Babett (right) has been awarded a British Gymnastics Proficiency Award Level 8 – an amazing achievement! 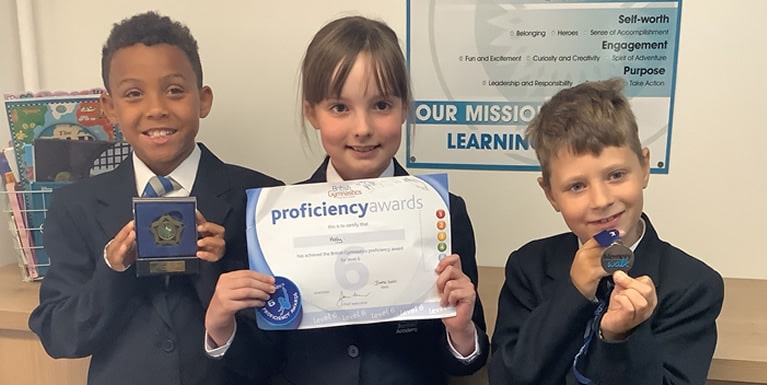 Above:  Solomon received an award for a football competition, Molly has achieved a British Gymnastics Proficiency Award Level 6 and Kian a medal for completing a memory walk. Well done to you all!

30th October 2018: Ofsted Inspection Dear Parents and Carers, We are pleased to share our Ofsted letter with you and celebrate that we continue to…